Why be a writer? 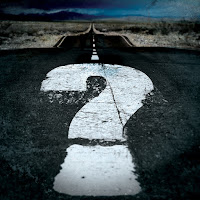 Anybody that knows a writer knows that writing is no easy job.

First, there is the reality that writing doesn't pay all (or any) of the bills for most of us. Many writers (myself included) have to work a day job and hope they have enough brain juice when they get home to squeak out more of that work-in-progress.

Plus in this social media-saturated age, you quickly learn that just writing the book (or article) isn't enough anymore. Creating connections on Facebook, Twitter, etc. has become a huge part of writing. You have to be able to market your work as well as write it.

And, of course, any writer lucky enough to be published has gone through endless cycles of revision and rejection on their journey from agent to publisher to the bookstore.

For every moment a writer believes they understand their story, there's a moment where they feel like they're trying to play the bagpipes for the first time while riding a unicycle. For every fan who loves your work, there is someone who will shred your work like a cat shreds a roll of toilet paper. For every word that makes it into the latest draft, there are several wallowing in the depths of your trash bin.

Writing is hard and it doesn't get any easier with practice. Every story is a new puzzle to solve with new flaws and new complications.

Why put all that work into something that may never even make it off your computer?

Why be a writer at all?

Well, after some thought, I came up with…

5 Reasons To Be A Writer:

Those are a few of the reasons that I came up with for why I love being a writer.

Did any of those reasons resonate with you? Can you think of few more? Drop down in the comments and let me know.

Until next time, word nerds.