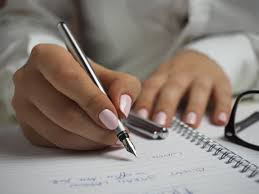 I am on draft five of this book, after all, and I’m pretty confident that I’ve found the right first sentence for this book. Not the perfect first sentence, just the right one. Over the last four drafts, I have rewritten that first sentence more times than I can count.
In fact, with the exception of some character names, I’m pretty sure I replaced every single word since I wrote the first draft three years ago.
That is the thing about first drafts.
They suck.
And I’m not talking the writing part. Although, that isn’t all rainbows and unicorns either.
I’m talking about when it's finally time to reread that bugger.
My first draft was a mess. The plot was weak. My main character switched POVs on me 43k words in. I (stubbornly) spent all of that draft calling her the wrong name The first half of that book transformed so much during my first revision. The second half went through a similar metamorphosis during my second revision. And I don't want to talk about the third revision.
Now, I'm about to go into my fourth revision (my fifth draft) and I think I’ve got a pretty solid book. But it’s taken three years and four rounds of editing to get there.
I will never write a perfect book. That’s impossible.
I may eventually write a good book, maybe even a great one.
But that’s only if I give myself, as John Green says, “Permission to suck”, at the start.
The first draft is supposed to be horrible. You are supposed to cringe over 90% when it comes time to reread. The first draft is where you get out all of the ridiculous and terrible ideas. Once all the crap is out on the page you can start to shovel it into the trash bin and unearth the shining story underneath.
But you have to write that crappy first draft first.
So this November, I challenge to sit down and just write. Don’t look back. Don’t tweak every sentence until it’s perfect.
Write.
Get your story onto the page.
Forget about perfect. Give your novel (and yourself) permission to suck.
You’ll thank yourself for it later.
And with that, it’s time for me to go work on my novel.
It still needs a little bit of shoveling.
at November 03, 2017