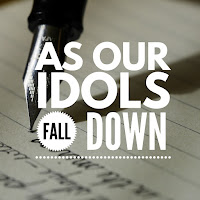 Last week, an article came out discussing sexual harassment in children's publishing (the umbrella that covers everything from picture books to YA). No names were mentioned in this article, but judging from the comments of some of the author's I follow, this has been as long coming here as in other professions. Since the article was released, several authors have been accused, but I'm not here with lists of who to boycott. I'm here to talk to the fans who are grieving right now. The fans who feel betrayed.

Thankfully, none of my favorites have been named so far (though, as I don't know them, I have no way to be 100% they won't be named later), but at least one of those authors was someone whose work I respected.

Yes, I'm talking about Jay Asher and Thirteen Reasons Why. It pains me that such an influential book in my own life and in the lives of so many others is now tainted by the author's misconduct. I feel for you.

And I'm here to tell you: It's okay for you to still like something after you find out its author is a scuz bucket.

I want to stop right here and say that I am not saying to continue supporting authors that have been exposed as awful human beings. Jay Asher and others like him will not be getting another cent from me unless it can be proved beyond a shadow of a doubt that they were falsely accused.

What I'm saying is: Books become a part of us.

Especially books that deal with difficult subjects like Thirteen Reasons Why did. There were many heavy issues tackled in that book. For me, it not only painted a perfect picture of what happened to those left behind but also gave me a more empathetic view toward those who had committed suicide. It challenged my then understanding of the issue, made me rethink, pointed me in a better direction.

I know there are others whose lives were changed by that book, others who were truly deeply moved. Those who may still be with us because they found that book. You are the ones my heart goes out to right now.

People read for all different reasons: for the stories, for the characters, for the escape, for understanding, for self-discovery. And it is impossible to know everything about a person who is as far removed as the author of a book.

(The converse is also true, don't feel bad if this ruins the book for you.)

While I would advise withdrawing your support from future projects, you don't have to go out right away and throw those books on a pyre.

If that book or series helped you, if you connected with it in a profound way, if it taught you about yourself, you're allowed to still love it. Sometimes book speak to us in spite of their authors. That's what makes hypocrites so hard to spot, they're usually preaching the truth, even if they aren't living it.

I can tell you right now if my favorite author were implicated they would lose my respect for sure. They would lose my support for any future projects they wrote and I wouldn't recommend their books anymore, but the characters in those books belong to me now as much as they belong to them. And if they prove unworthy of them, I won't be giving them back.

I know this is a hard and touchy subject, but if you have any thoughts on this, you are welcome in my comments.

My heart is with you, we'll get through this, my friends. We will find new authors to admire. Authors worthy of that admiration.