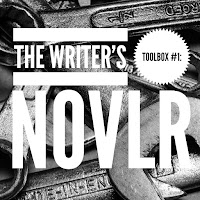 During November, I got the chance to try out Novlr for thirty days. This was not any sort of paid promotion, they were simply running a special that extended the two-week free trial period through all of National Novel Writing Month.

This was my first experience with a program specifically devoted to novel writing. Up until this point, I'd solely used Word for writing (well, aside from the dark ages when I used my Mom's ancient typewriter), so I can't really hold it up against any other noveling programs, but I did want to sit down and write out my pros and cons so that anyone else wondering about this program can make a more informed decision. You'll note that there are more pros than cons. I really did like the program, though I did stop using it for reasons I'll get into a little further down.


All in all, I did like the program. If I were to rate it like one of my books, I'd give it a 4 out of 5 stars. Honestly, the only reason I stopped using Novlr was that I use sprint programs like Write Or Die to write literally everything. Now, if they were to add a sprint feature similar to WoD, I would probably find a way to pay that $10, so I'll keep an eye out.

If Novlr sounds like something you'd be interested in you can check it out here. Again, this is not sponsored and I am no affiliated them in any way. I just had some thoughts.

Feel free to chime in below if you've used Novlr or any similar programs. I'd love to hear your thoughts.
at February 09, 2018